Dorrit describes the events surrounding Kristallnacht and the Kindertransport.

INT: Good afternoon Dorrith. It’s the 26th of September 2010 and I’m here to talk to Dorrith Sim. Dorrith, could you begin by telling us when and where you were born and what was your name at birth?

D.S: I was born in Kassel in Germany in 1931, December ’31 and my name was Oppenheim. Dorrith Marianne Oppenheim – it’s a mouthful.

INT: Dorrith I haven’t asked you about your family life before you came to the UK.

INT: You found out why your parents never made it – do you want to tell us a wee bit about that?

D.S: That’s all I know. Mummy Gallimore (Dorrith’s foster mother, Sophie Gallimore) had told (her own daughter) Rosalind that the reason that they never got over here, was because the Nazis said that my father had bronchitis and they wouldn’t let him travel over. And my mother wouldn’t have gone on her own, you know.

INT: And you were an only child?

D.S: I was an only child but I had a happy childhood there. I mean when I hear about other people, you know, and when it was Kristallnacht.

INT: What job had your father had before?

D.S: He was in the same firm for twenty-six years and it was in a foundry. He was a ‘Kaufmann’ and that’s sort of the German for businessman.

At Kristallnacht, I had gone to school on my own that day and it was awful. They were vandalising the school and this man had said to me “You’d better go home because it’ll be a long time until you’re back at school again.” And I ran to my grandparents’ house which was quite a distance. My grandmother, she must have had a phone I think, phoned and my father and mother came. My father said, “I think we’re in for a lot of trouble.” I think that would be the day before Kristallnacht. And then he said, “We’ve got to go to the Waisenhaus.” That was the Jewish orphanage.

The kids there had had a bad time but I hadn’t, I was lucky.

INT: And why were you sent to the Jewish orphanage?

INT: It was brave of your parents to send you off as well. As an only child it must have taken a lot of courage.

D.S: I know. There’s a story about this man and he didn’t want his daughter to go in the Kindertransport. He wanted to keep her and he actually pulled that child out of the train window. I think the doors were shut. And that kid went through all these concentration camps – it was terrible.

D.S: Korolla Regent and her sister went away on the Kindertransport and their father jumped onto the footplate on the back of the train and hung on until he saw his children safely into Holland. And then he went back to Germany.

Links to Other Testimonies by Dorrith M. Sim 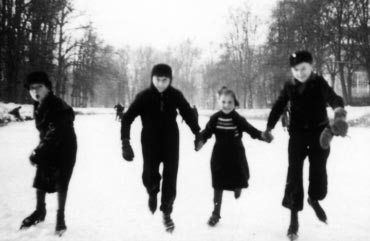 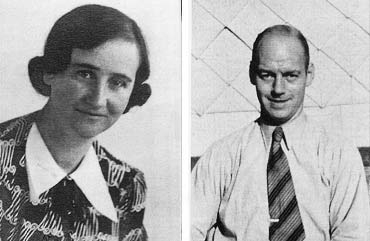