Bob talks about the reasons he sees himself as Scottish and reflects on his good fortune in life.

INT: You sound so much like just an average Scots person, you really do. Do you think of yourself at all as German anymore?

INT: When did the changeover really happen?

BM: I think when I was up in Forres because I was accepted as part of the community there. Mr Mackenzie treated me as a son and…Hello my dear?

Mrs M: Can you stop for a cup of tea?

BM: They are going to ask me some questions. I thought I was stopped. No, No, No, ask your questions.

INT: Just a couple of questions.

INT: You can come in if you want to sit down, no?

MRS M: I’ll get the tea ready. I’ll be downstairs.

BM: No it was…I mean as far as I was concerned Mr Mackenzie treated me as a son, my sister as a daughter. And I, I don’t know, I was involved in the community there, you know. I went to school, I played with the kids, they came up and played with us, we would go down to the grand park and play. We played football, we played cricket and rounders and all the rest of it. And once I, pardon me, once I got a wee bit older I joined the Air Training Core so I met the local lads, we were all together there. And to me, I was just…I was one of the community.

INT: Yes, you obviously still really wanted to keep the connection with your mother and father going.

INT: So it’s not as if you were forgetting.

INT: All about your origins.

INT: But you still had moved over to being British.

BM: I took on the British citizenship and, as I say, my way of thanking Mr Mackenzie for taking us in was to take his name because he had no sons of his own.

BM: So I took his name and looking back on it now there is a possibility I could have upset my father, upset him a bit, by giving up his name.

INT: He would just be glad that you were alive, I should imagine.

BM: I think they understood because they… I mean they came through to visit us here, you know, and I just…I don’t know… I left Forres to come down to Glasgow, to work in the shipyards down there so I was one of the crowd, you know.

BM: One of the crowd. And in the RAF, you know, you’re all bunched together, you all worked together as a team. It’s…I’m one of the community.

INT: Supposing your parents had been based in West Germany? Do you think you’d have gone back if that had been the case?

BM: That is something I don’t know; I’ve never given it a thought. It was just the fact that there were the Russians and I’m afraid my idea of the Russian strictness and control was just not my idea of life. I don’t think I could have put up with that, you know.

INT: We’ve asked other people what they would say were the high points of life here in Scotland for you and any low points, what would you say that would be?

BM: Well the high point I think is meeting the Mrs and getting married!

INT: That is a high point.

INT: That is indeed a high point.

INT: Do the grandchildren…are they fascinated by this extra dimension in your life? Having a German connection?

BM: Some are and some couldn’t care less. Robert, the youngest boy, and his wife and three of the kids were through on Christmas and I got Ruth to put on (she’s a wizard with the computer) and I said “Ruth,” I said…Well Robert, actually, he’s an IT specialist. “Robert” I said “Can you put the powerpoint on my computer?” he said “No” and said “Ruth or Ben will do it for you.”

Ruth put it on for me and it’s just as well I asked her because she struggled and I wouldn’t have had a clue, you know. But she put it on and it worked and that was fine and I played her the PowerPoint pictures, you know. She was the same as you – “Oh, what’s that? And the Shul too?” Fascinated her, you know. She’s quite interested, you know, and the one down in Campbeltown, the eldest grandson down in Campbeltown, he’s quite interested. But the rest of them…it’s just run of the mill, you know.

INT: Were you glad to get to meet the Kinder? I mean you were obviously very quick to reply to Dorrith. Did you enjoy meeting others who had come over?

BM: Oh aye, I was in there the first chance I got, you know, because as I say I was…I was working in Stornoway at the time and I used to fly down at the weekend and fly back up on the Monday. And when she sent me the picture…where did I put that?

BM: Oh it’s here, it’s here; lying at my feet and I can’t see it. Do you want to switch this off and save your tape here?

BM: The picture at the bottom of the page, that’s the one that was taken at Waverley Station.

INT: Oh, so is that you there?

BM: I need my glasses.

INT: Is that you there?

BM: So that’s Edith Forrester and that’s my sister there.

INT: Isolda. So that, that is him.[Bob] You had a bit more hair then. Over than that, pretty identical.

BM: Don’t rub it in please!

INT: And that’s the Forrester girl.

INT: And all of these people then are arriving at Waverly Station?

BM: To go to Selkirk.

INT: And what was in Selkirk?

BM: It was a…The Priory in Selkirk was a holding station.

INT: For Kinder or for just any…

BM: No just for Kinder.

INT: See most of the people we’ve come across, they arrived in Liverpool Street in London and came to Scotland various ways after that so this is not, not the common experience.

INT: Did you not go to Liverpool Street as well?

INT: You don’t know that.

BM: They only thing is I know, I know I arrived at Harwich, right.

INT: I think from Harwich you may well have been taken to Liverpool Street.

INT: So there must have been a Scottish group who had already selected some children to be there.

BM: There is the Kinderausweis, that’s what it looks like. The wee bit ‘Staatenlos’ at the bottom. There is a bigger view of the picture at Waverley Station.

INT: Did you ever find out if…

BM: Are you coming through dear? Hold on a minute, We need to shift the…. (Mrs M arrives with the tea) 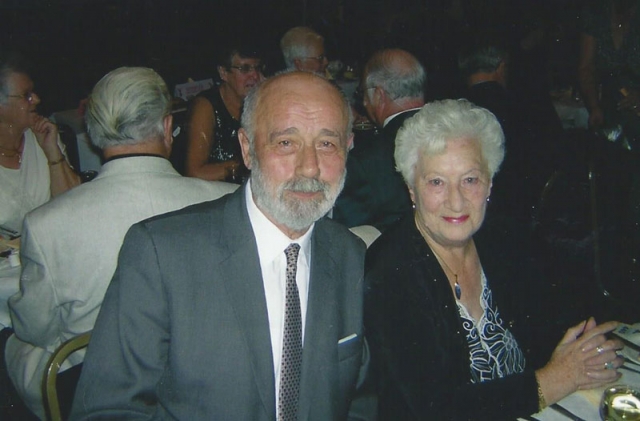 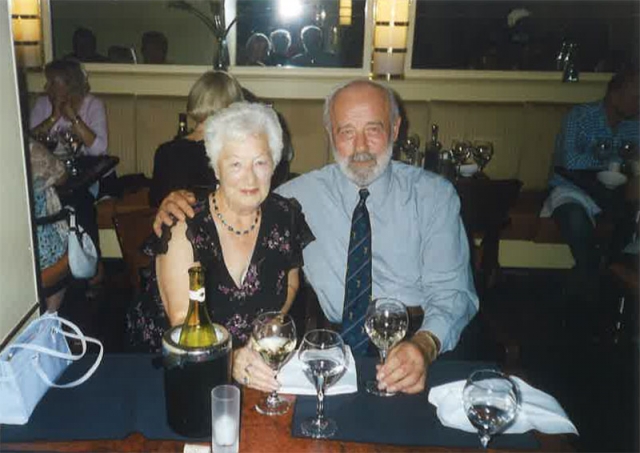 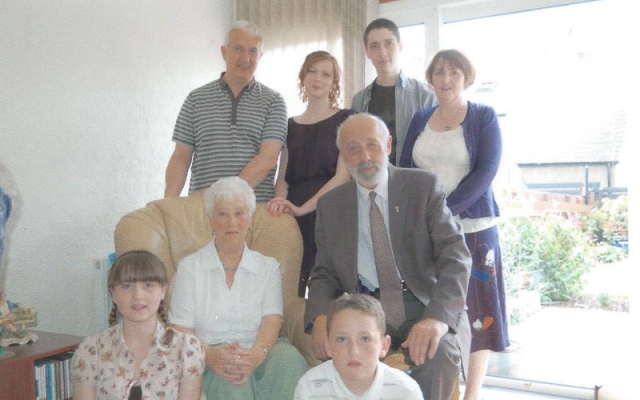