George describes his early years growing up near Poland and going to school there.

G.T: I was born on the 29th of November 1924. My name is Georg, the Germans spell it without the ‘e’ on the end, Nawratzki – N-A-W-R-A-T-Z-K-I. So either my father or grandfather was Polish. We lived near the Polish border as part of the Yiddish population in this little place about five miles or so away from Poland. Half of the Yiddish population they were Poles, you know, so they couldn’t speak German.

INT: And where were you born? What was the name of the place?

G.T: Ostpreußen – East Prussia which is now Poland. After the Second World War it became Poland. The little place is called Gilgenburg G-I-L-G-E-N-B-U-R-G.

INT: And do you have any idea how many people lived there?

G.T: Not very many. It wasn’t a big place. We didn’t have electricity only paraffin lamps. We never saw a motorcar only horses.

INT: And have you any idea how many Jewish people lived there? Was it hundreds? Or less?

G.T: Oh yeah, more than that. There were a lot of big families.

INT: And what were your parents’ names?

G.T: My father’s name was Nawratski.

INT: And his first name?

G.T: And my mother’s name was Alma Salomonsohn.

INT: Salomonsohn. So, how would you spell that?

INT: And you grew up in this little town?

G.T: Well, I stayed with my grandparents until I was nine. My mother worked in the town with a Jewish gentleman who was really very rich; he owned a lot of property and businesses and she did the cooking and used to serve in the shop when the Poles came in on a Friday, market day.

I think. She could speak Polish which she picked it up serving the Poles. And when my grandmother died we moved from the little place where my mother lived, my grandfather and I, and we stayed there until…well Kristallnacht, and then it all started, you know.

INT: What was the other place called you moved to?

INT: Your grandmother died. So you moved with your grandfather.

G.T: I moved to my mother’s home town which was maybe thirty/forty miles away, something like that.

INT: Ok, and that’s where your mother had grown up?

G.T: Yes. I was there until I was twelve, well thirteen.

INT: Yes. If I could just take you back a little bit. When you were growing up in this town that your mother had come from you went to school there presumably?

INT: Can you tell us about what life was like in the town for somebody who was Jewish? Would this be the early thirties?

G.T: Well, you were put in a class and even if you passed all the exams they didn’t put you up to the next level – they kept you in the same level all the time. Also, you had to sit by yourself at the very back. And then eventually you couldn’t go to school. When my mother left, my grandfather and I went to the capital of East Prussia which is, Konigsberg. It’s called Kaliningrad now. It’s Russian now, a naval base.

INT: Yes. Again taking you back when you were at school, were there many other Jewish children at school?

G.T: Yes there were quite a lot. In fact I’ve got a photograph of the group – The Cheder group. I was the only one of the group in my class.

INT: Did you have brothers and sisters?

G.T: Well, I had a half- brother who was ten years older than me. He had to go to some big town to learn a trade. He became a ladies’ and gents’ tailor so I’ve got the name Taylor.

INT: Was this through a Zionist group?

INT: And how did it work? Did she plan to leave for a while?

G.T: No, she had to take a chance. As I said you couldn’t come out unless somebody would sponsor you.

INT: But how did it work? How did you get the sponsorship?

G.T: Well, I came with the children’s transport.

INT: You came on the Kindertransport?

INT: How did that work? Did the Jewish community publicise this scheme amongst the community? How did people know who could leave for instance? Who was making up the list of people to leave? Do you remember? Were you too young?

G.T: No I don’t remember that.

INT: And I also wanted to ask you – you mentioned your mother, was your father not living at that time?

G.T: Yes but I never saw my father. My father actually died in Dachau in the camp.

INT: Ok. But he was living with you in these towns you mentioned?

INT: Do you know what kind of work that your father did?

G.T: My mother mentioned that he had a little sort of grocery shop somewhere in Germany. Later some friends did some research and they found out that, that Nathan Nawratski was in Berlin. I always understood he was in Southern East Prussia.

INT: And so do you know when your mother came out? Roughly?

G.T: I don’t know but it must have been shortly after Kristallnacht in the November/December. Probably at the beginning of the following year I would think, you know in 1939, maybe even the end of ’38.

INT: Can I ask if you had a Bar Mitzvah?

INT: Can you remember it?

G.T: Yes, absolutely. Well I’ve still got my tallis (prayer shawl). No, not my tallis, my tefillin (phylactery) with the date on it.

INT: What, so what year was your Bar Mitzvah?

G.T: Well, when I was fourteen…

G.T: Thirteen, aye, well that was ’38. I don’t know the date, but I’ve even still got my speech and everything.

INT: That’s amazing. So did you say that was in Hanover, your Bar Mitzvah?

G.T: No my Bar Mitzvah was in, in Johannisburg.

INT: In Johannisburg when I was still thirteen.

G.T: And then, and then Kristallnacht started.

INT: Was your Bar Mitzvah in the Jewish Institute.

G.T: It was an annex to the schul.

G.T: I remember they used to have a snooker table, then they had shows, they had theatre, lots of things, you know.

Links to Other Testimonies by George Taylor 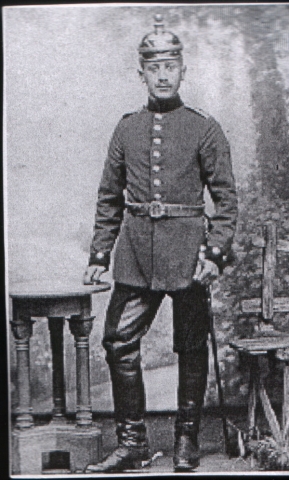 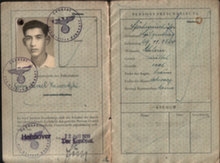 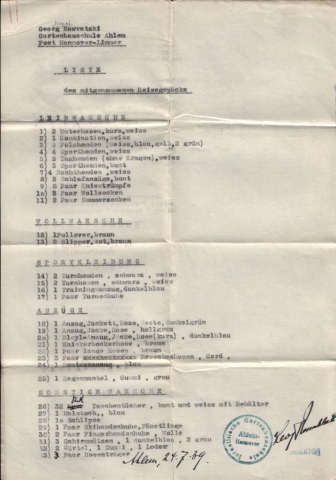 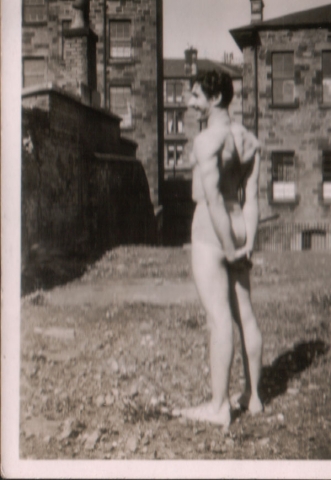