Halina describes meeting her husband and starting a family.

INT: So, how did you meet your husband?

HM: I met him at a student dance a Glasgow Jewish Students’ Society Dance. I was a wee bit too old for it as I was already out of university by then but my mother insisted I go because I had just finished with my boyfriend and I was a wee bit low. I said “I’m not going” and she replied, “Yes, you’re going!” So I went and there was my future husband and he was looking a bit forlorn as well! It’s a story really about him and it’s connected with Hannah and Lionel Levy. Well they were looking for a suitable bride for Hannah’s brother, Morris, and when they saw me they thought ‘Oh…Oh’ and they started following me around the dance floor and you know wherever I was, Morris would come and want to dance with me. Well I didn’t fancy him so I kept escaping. Finally Lionel, who knew Izzy, said to him, “Look there’s a damsel in distress, go rescue her. Don’t tell my wife!” So he came to me fifteen minutes before the end of the dance and that’s how we met.

INT: And you had two children?

INT: Your daughters and a son?

HM: At the time I had my reasons. I was the one who decided these things. I said, “Look, the Jewish people lost a third so we’ve got to replace them which means that we have to have three children but on the other hand we can’t have any more because the world is getting overpopulated so we have to restrain ourselves.”

Links to Other Testimonies by Halina Moss 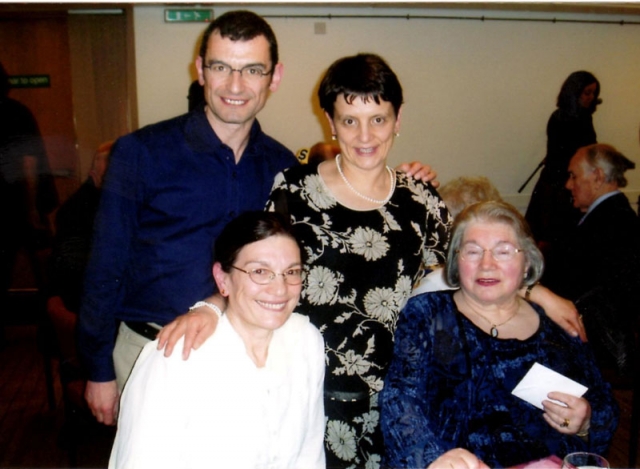 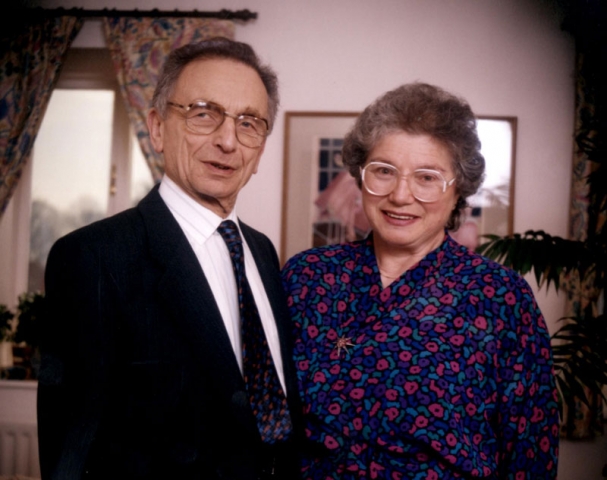 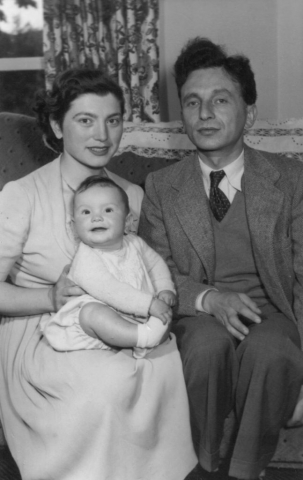