Rita describes the high points in her life and her connection to her past.

INT: And once you were older you said you met Dorrith Sim. After that did you meet other people who came on the Kindertransport? What happened with that?

RM: Yes I used to go to meetings, Kindertransport meetings, which was nice because I met a lot of people on the same boat as I was. And Dorrith particularly was my friend.

INT: Yes and I think the people who came over all went in different directions didn’t they?

INT: I was going to ask you a little about your social life here. Was that primarily with your new friends through your husband?

INT: And now at this stage in your life, do you consider yourself Scottish or still a bit German or what?

INT: Now asking you about your… Looking back on life, I’m sure that the worst experience of course must have been leaving Germany. What would you describe as the high points in your life?

RM: High points? Meeting my husband; getting married; having a wonderful life. 61 years we were married and life was very nice then. And then he took Parkinson’s, [he] was very unwell. I lost him too.

INT: But at least you had these years and he certainly seemed a man of decisiveness if he spotted you at this early stage.

INT: And do your grandchildren feel a connection to their Jewish background? This part of your life?

RM: Some of them do. Leah, who’s called after my mother, she went to Israel, I told you, and she just loves Israel and relatives there. She decided that she would go and she feels… She’s a sailor; she’s at sea in the Merchant Navy. And she’s a very independent girl. So she’s coming home at the end of the month. I look forward to seeing her. But she’s very interested in Israel at the moment.

INT: That’s interesting. It was very nice to speak to you Rita and thank you for coming to us this morning. Thank you very much.

Links to Other Testimonies by Rita McNeill

Life Before The War Immigration Settling In Integration Reflection On Life 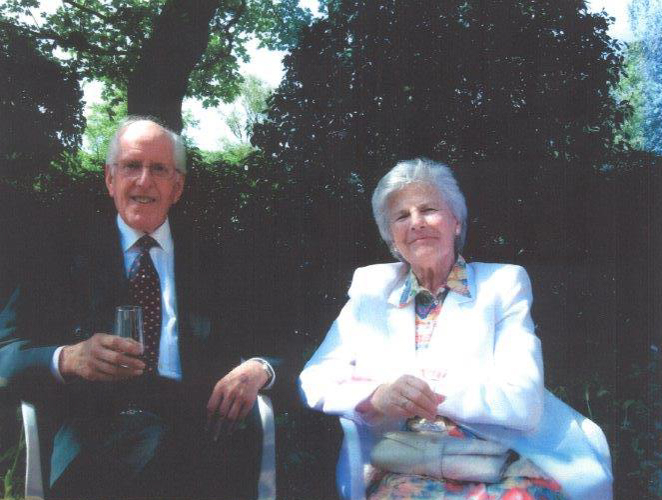