ST: So moving on to the UK. After spending three months in a facility hosted by the British Council for Aid to Refugees, getting basic training in English, ‘Can I have a pound of mince please’, ‘two tickets to…’

INT: And coping with the currency of pounds, shillings and pence.

ST: Exactly. We moved to Hitchin and I started the Catholic school there. My mother had a falling out with the priest and I ended up in the Church of England school and the headmaster of that was part of this teachers association that had sponsored the family so everything was fine. And basically, as I said, my mum had a… Her attitude to religion was diplomatic; whatever came her way that was the way it went. So she was quite happy to go to whatever church, to whatever school. It didn’t really matter to her. My step parent, my step father had difficulties integrating. I think my mother had an aptitude for languages. She went to evening classes, she listened to Michael Mitchelmore on the news programmes to learn how to speak proper English whereas he tended to go to the Polish community, there was a Polish club, and found it quite difficult to integrate. And because my mum was not Polish but German I think she felt a little bit on the periphery. Things went a little bit downhill, they fought a lot, I think he drank quite a bit; it was as though the relationship had changed. I think they no longer had that goal that they had had in Germany where they were desperate to get away to make a new life. And when they found that new life there was nothing there to keep them together. So, I know things were bad because he always had friends round and he was drinking and so on and they didn’t have enough money to get by, so she had to get a job. She did what she had kind of trained for, I suppose, all those years previously and she went into service. And the only place that she could find a job was maybe about 10 miles outside of Hitchin; Kings Walden Bury. It was a colonel and Lady Harrison who ran the place and she became housekeeper and they were willing for her to live in, and for me to live in also. And on her days off she would go back to the marital home and she would cook him meals and prepare them all for the week and so on, until one day she arrived and he had changed the locks. So…And he had another woman in tow. So that was the end of that relationship and she was a single parent in the 1960s.

INT: Which was never easy.

INT: It was very unusual I think at that time.

ST: Yes. So there followed a period of job changes. She worked in the Bury for maybe about 9 months and it was getting too much for her because it was a big house and they entertained a fair amount, it was a lot for her to do. At least that’s the story that I figured out for myself. I don’t know what the circumstances were but anyway, she found another job back in Hitchin, and I didn’t have to take the bus anymore and so on. And she worked as a housekeeper for an old gentleman who had become established in Hitchin, Mr. Moss, for grocery stores. A very nice old gentleman who had great difficulty in saying my name, Saskia, and… because he was a little hard of hearing, So I ended up being called Sandie. And this was at the time of Sandie Shaw and I was absolutely delighted. I didn’t want to be called by Saskia, this strange foreign person. By now I felt very integrated, could speak English no problem at all. Obviously my mum had a very strong accent but I didn’t. And so I told people I was called Sandie and I went through a period of not wanting to be foreign, wanting to be part of… And I’m sure everybody that has come from a foreign country goes through this process as well. I didn’t actually start calling myself Saskia again until I started my first teaching job many years later.

INT: So you obviously became a teacher. So what do you teach?

ST: What happened was, after all these various moves and so on, my mum tried to do some nurses training, so we moved to Papworth in Cambridgeshire and she trained as a nurse and then became ill, is the story I was told. Obviously while she was training she was living in and I lodged with a lady so I don’t know the whole story. I was about 12 at this stage. So that was my second secondary school. She became ill and we moved back to Worthing where we had started out with the help of the British Council for Aid to Refugees. And they housed us and then she went through a period of doing a lot of menial jobs. Not a happy time for my mum at all. But I was doing well at school and got my A levels, tried for university but didn’t get good enough grades, but was very interested in languages, and French was my particular favorite. I spent some time as an au pair in France. During a holiday job I met a Scot, and and came up to Scotland to be with him. So my husband was what brought me to Scotland. My mum didn’t come up to Scotland until many years later, shortly before she died, when she became fairly ill and it was time to move her. She’s told me that her happiest times were in those last 20 years from 1971 till 92/93 when she died, not very rich, living on the state you could say. And I always get very angry when people talk about refugees and sponging off the state and so on. I think my mum did her fair share of work in all the time that she was capable. She had a stroke when she was 52, she had a heart attack when she was 56, and I think a lot of that was just stress.

INT: And poor health before. You said that she talked to you a lot when you where 13? What do you think triggered?

ST: When we first moved back to Worthing the house that we lived in that was owned by the BCAR, we had the downstairs and upstairs there were 3 rooms and there were 2 single gentlemen and a lady who was German speaking. We weren’t there long, she had just moved in and I came home from school and found my mother sitting sort of staring into the distance. I wondered what was wrong, and then she just started talking, she said “that bitch upstairs, that bitch upstairs”. I’d never heard my mother use a word like that. The woman had been a Commandant’s wife in a camp and because my mother speaks German she thought .. you know, my mother was an ally… And she started talking. My mum obviously didn’t say anything. but I think this brought up a lot of memories, and that’s when she told me about being Jewish. And I thought ‘Well we’re Catholic, how can we be Jewish?’

And she told me then about, you know, what had happened to her and the train, jumping off the train and so on. And it was a subject that after that one night I realized that it was a painful thing for her to say, so it was always a touchy kind of subject. But I would ask her the odd question, but being 13 you never quite know. You take things as you hear them but you have no concept of what lay behind that and certainly I didn’t know anything about it, about Nazism and so on. I did do some research. I remember wearing a Star of David around my neck because I thought it might be quite nice to be different when I was about 17, as though it was some kind of…it was strange, I couldn’t figure out why, I think part of being a teenager is you want to be different. I think I had also read enough to know what she had escaped from by then. So I think I was kind of fiercely proud of that fact, that although she wasn’t Jewish she had had the Jewish experience, let’s put it like that. The only other time that we really talked about her background and where she had come from and so on was maybe about 2 years before she died on a visit up to see us. I had moved to Scotland, had had children up here and she came to visit and I went down to visit her. And this particular time she obviously realized that she had to tell me about her background in more detail. And she had this box of documentation and brought out her mother’s marriage certificate and her grandmother’s death certificate to show the fact that she had been Jewish and the papers that she’d had to show to the Gestapo and so on to prove how much of a Jew she was. And we drew out a sort of a historical timeline, if you like, and traced it back to a famous composer called Leo Fall, I don’t know if you’ve ever heard of him?

INT: No, but we will look for some music.

ST: The Dollar Princess, I think, toured in the UK in 1912? But obviously because of the Nazi influence and the fact that he was Jewish, that kind of music was no longer played, it sort of fell out of favour.

INT: And this was a distant ancestor then?

ST: Yes. So that particular afternoon we went through and she told me a little bit about her dad and her step mother and so on and I got a lot of my knowledge, what little there is of it, of her life before the war.

INT: She must have been very keen that you knew more?

ST: Yes. So it was a bit of a shock after she died and I looked through that same paperwork to discover that she’d held out and not told me that she had had a baby at the end of the war.

INT: Can you stop the tape?

Links to Other Testimonies by Saskia Tepe 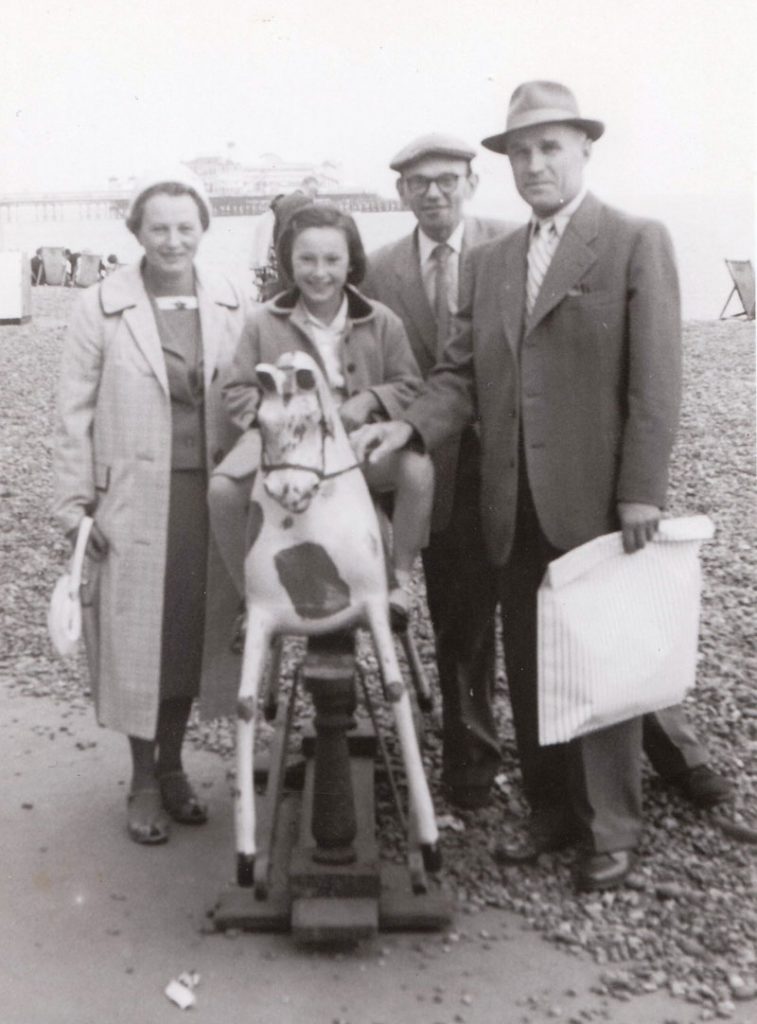 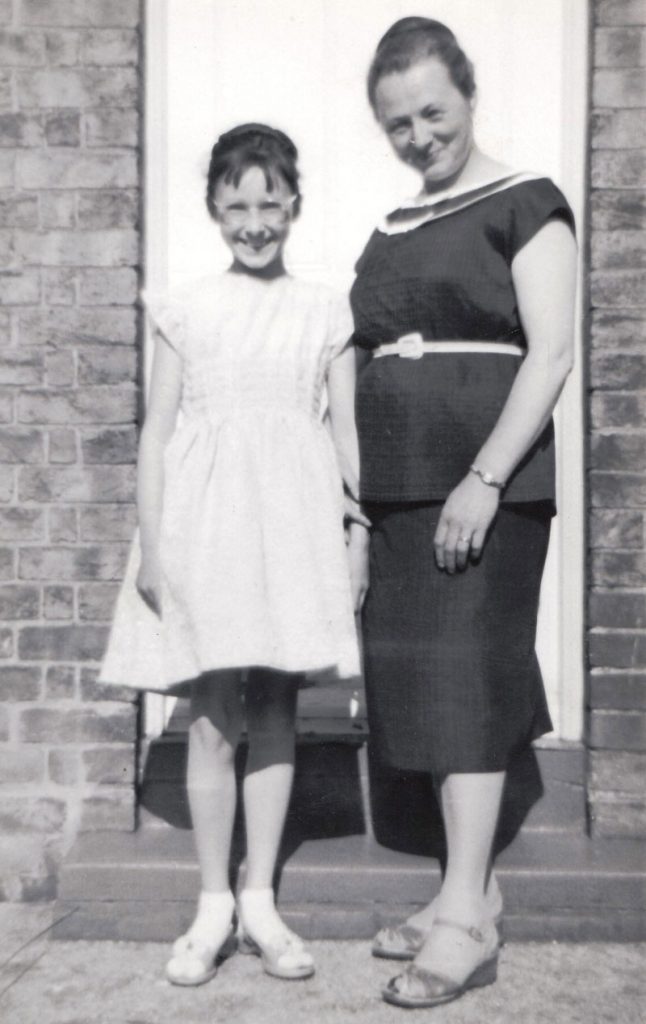 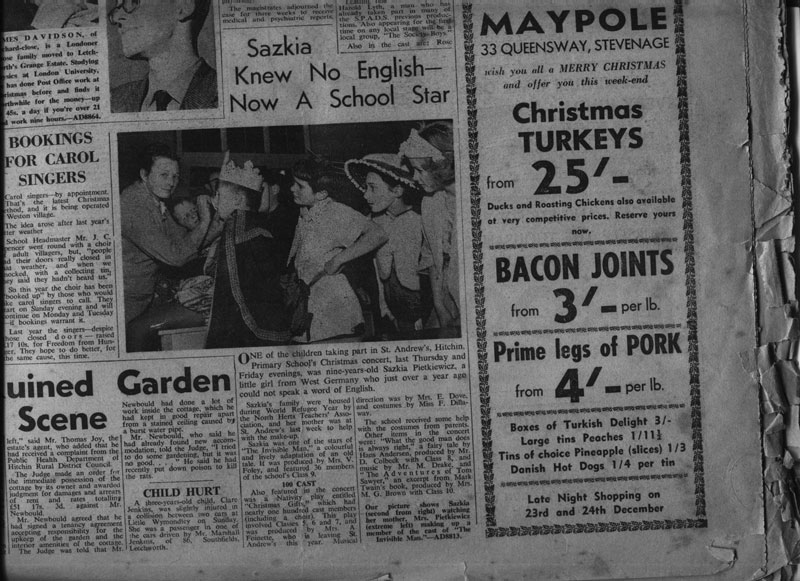 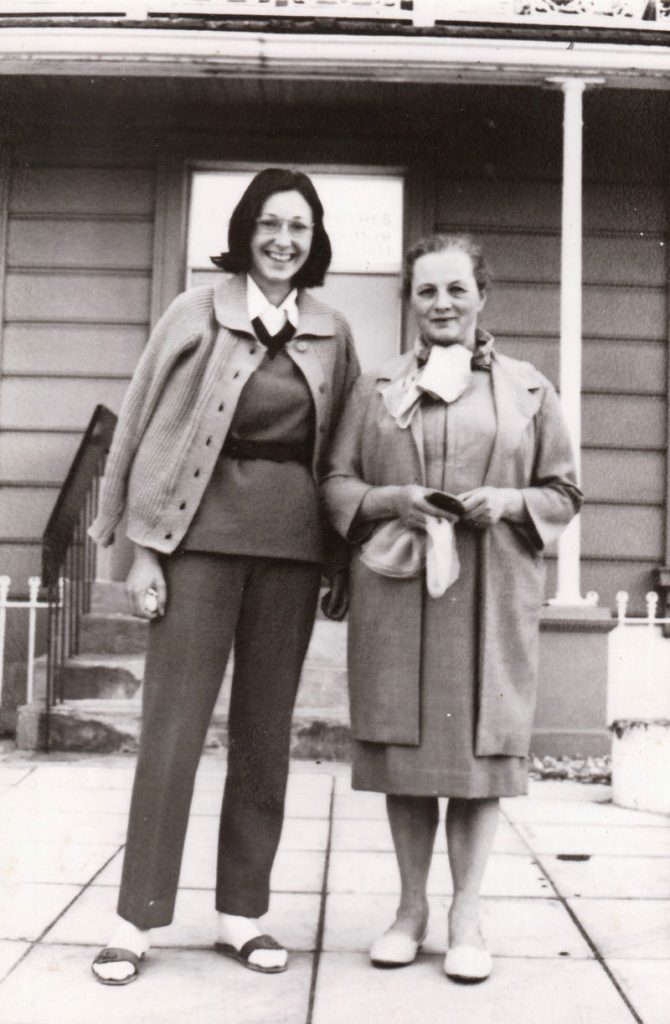