Susan describes how she considered going to Palestine after the war but how, in the end, she came to Scotland and worked first as a trainee nurse.

Int: You were going to explain how you came to Ayr.

Susan: We were going to do this business of the false marriage. They sent away the Regiment; they had come to Belgium and they sent them back to what was then Palestine, not yet Israel, and so I didn’t know what to do and my cousin, the one who had taken my papers, she had got to Palestine. She was blonde and blue eyed and no way did she look Jewish but with the false papers, there were four of them altogether, they went to Budapest and they waited and then they were sent. They started a journey. They were going to go through Rumania and hopefully get a ship and so

Int: She went to Israel on these false papers…

Susan: And there were lists circulating and eventually she found that I was alive. She called herself Shoshana because she thought I had also died in the camps.

Int: She called herself Shoshana (Choisi) as in your name because that was Susan? So she found out and then what happened?

Susan: I thought of applying to go to Palestine. I was in Germany and I wrote on the application form – on the way to visit my only living relatives Dr and Mrs Banyai. Of course here was Germany; here was Scotland and here was Palestine so no way was it on the way but nevertheless my great-uncle and great-aunt also made an application and meanwhile I had met my husband to be.

Int: He was in the Jewish Brigade – Paul ?

Susan: Yes, he was in the Jewish Brigade

Int : You had arranged to go to Palestine via Ayr and in between you met Howard’s father, Paul.

Susan: My cousin, when she discovered that I was alive, and I had written to her, and what I had written was really true, meaning that we had lost our parents and family and so on (said), “What on earth are you doing out there? Why aren’t you here with me?” So I applied to go, but because of, I’ll never know why or how, but because I mentioned Dr and Mrs Banyai in my application and because they mentioned my name (she was able to go to Ayr).

In 1946 Paul and I went back to Kaunitz where we were liberated for Rosh Hashanah [the Jewish New Year] and on the way out we called at Badenhausen, which was where you put your application and we asked what happened to my visa application. “Oh well, didn’t you get your entry permit”. I said, “No”. (They said) “Well when you get back you’ll find it in your letters.

Int : So they checked the papers and they allowed you to come to Scotland

Int:You went back and found the application?

Int: So you arrived and discovered you had a visa to take you to Scotland?

Int: But you came to Scotland and then you decided to study as a teacher?

Susan : Not yet, first I started nursing. I did a year’s nursing.

Int : Because you had to choose between being a domestic or being a nurse. Is that correct?

Susan : Yes, you could either be somebody’s maid, which I didn’t fancy, or be a nurse.

Int : How did you find nursing?

Susan : Well, I didn’t do very much of it and anyway, three months was the preliminary training school, but that winter was the worst, I don’t know in how long. The practice in Stobhill was that they stayed in the ante-natal ward until their waters broke and then the nurse took them to the maternity unit in an ambulance. This time it was so bad, the snow and so on that half the staff didn’t get in to hospital, and it was then, naturally, that two or three people need to go at the same time – their waters break – so there was nothing else for me but to go.

They had to send me and lo and behold the ambulance got stuck and I think if I didn’t wet my pants, I came very near it. The woman kept on saying “Dinna fash, hen, dinna fash, hen”. I had only been here in this country three months. I didn’t know what she was saying. Eventually I asked her, and she said it means, “Don’t worry, dear”. I took her over and I came back and they said “What’s the matter? Your face looks kind of green”.

Links to Other Testimonies by Susan Singerman 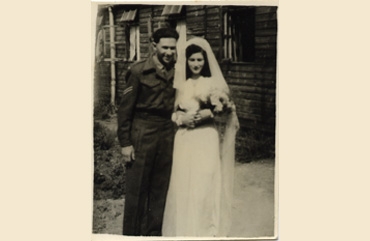 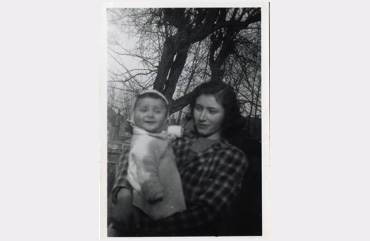 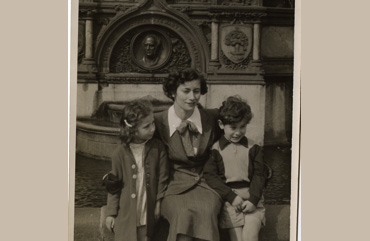